It is with great regret that I have to let everyone know that Dean Gerdes has passed away.  Dean had endured some health problems the last few years, and had actually just come home from his latest surgery…all was thought to be well, but he passed unexpectedly in his home yesterday.  He was 55 years old. 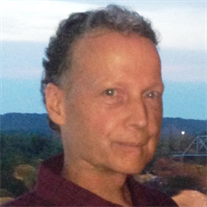 It’s hard to estimate how important Dean was to the local MN/WI hillclimb community.  With his brother Brad as young men they dominated on their Suzukis – especially on their home hill…literally, their home hill, as the Gerdes family farm was the site of the famous 500′ Bay City hill.  Not that Larry, their dad, ever let the boys practice on the actual hill…  Brad died tragically as a young man, but Dean went on to marry and is survived by his wife Sue, father Larry, sisters Tammy and Pam, and children Jaci and Alex.

Naturally the Gerdes family was a huge part of the original Valley Springs Motorcycle Club, which hosted hillclimbs at their location into the 80s.  The club disbanded and the hill sat unused for decades though…just a few years ago, VSMC was re-formed to host events once more on that legendary hill, and it’s fair to say that if Dean wasn’t part of it, it never would have happened. Dean and Sue both have been instrumental members of Valley Springs M/C, and we are indebted to them for helping to revive the club and that hill.

Things are happening fast, of course, so if plans change I will update this post – but as of now the plan is for there to be a visitation service at Hill Funeral Home in Ellsworth, WI from 3:00-7:00PM this coming Sunday, March 13th.  The memorial service is planned for Monday the 14th at Eidsvold Lutheran Church in Bay City, WI at 1:00PM, with a short visitation period beforehand.